Year where dominance in sport is everywhere to be seen. Individuals are running up record scores and performances in every discipline. The best teams are winning games by bigger scores and dominating the competitions they enter more than ever before. Examples are not hard to find. Tiger Woods transforms golf and is regularly winning major tournaments, sometimes by a dozen shots or more. 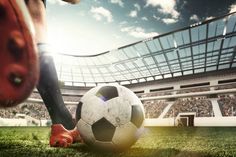 The Manchester Uniteds and Arsenals of this world are the only teams with a shout of winning the Premiership and FA Cup. Once winning the double was the Holy Grail of football, an achievement seen once a lifetime. Now it seems commonplace, with talk of winning three competitions a season not fanciful. The Australian cricket team—who hold the record for consecutive Test victories—dominate their opponents to such a degree that they outscore them by an average of more than 200 runs in the first innings alone.

Michael Schumacher effectively turns the Formula One Grand Prix season into a procession—his Ferrari car is the best on the track and the man himself head-and-shoulders above his rivals. In 2002 he set a record number of points for a Formula One season, leaving bookmakers to set markets ‘without Michael’ to get any interest.